We signed up for the optional Water Village excursion (298 yuen or about $45) that highlights the culture of the Tujia minority, and were happy we did. Located in the middle of Xiling Gorge, the tour involved several hours of walking along a new walkway (created in the old style) to accommodate tourists, and although it was crowded in places, the scenery was gorgeous. 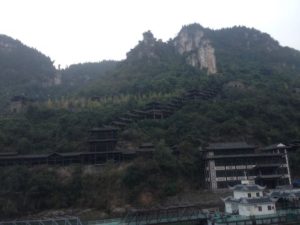 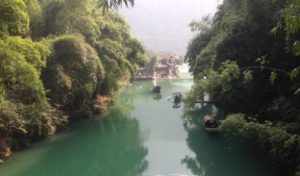 Each group was led by a local guide dressed in Tujia ethnic costume. We saw 300 year old statues along the path. 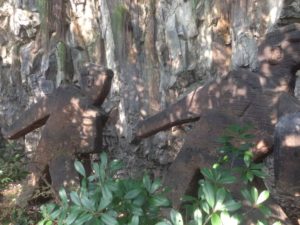 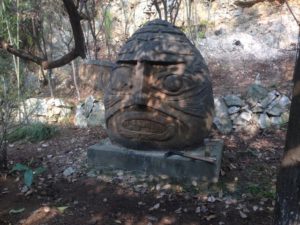 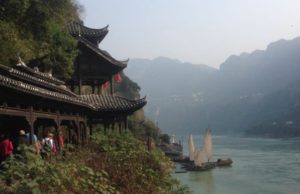 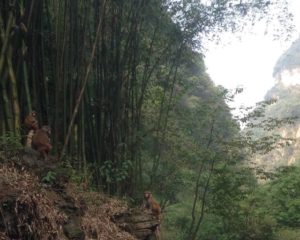 listened to Tujia flute music and a love songs sung between a man and a woman across the blue-green Dragon River, and saw a reenactment of a Tujia wedding ceremony. 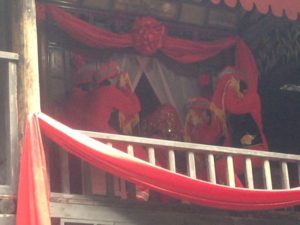 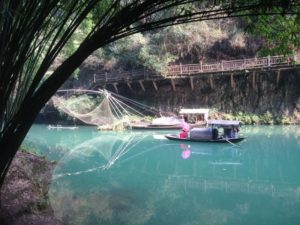 That afternoon we walked through a local market (nicknamed ‘maybe later’ market because that was what all the vendors called after us). 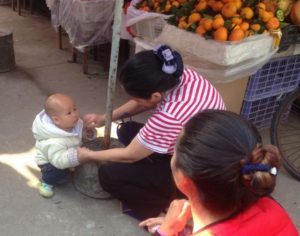 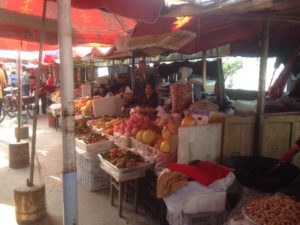 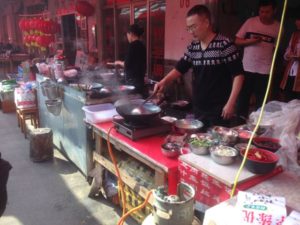 We boarded buses to visit the Three Gorges Dam project. Three Gorges Dam is the largest hydroelectric facility in the world, costing almost 25 billion American to construct. It produces about .3% of China’s electricity. The primary purpose of the damn was flood control, the secondary was to improve navigation, and the third was power production. It is a mammoth construction project, begun in 1993 and completed in 2012. The dam raised the water level over 100 meters or 300 feet and necessitated the relocation of millions of people.

That night we had a captain’s welcome party with Chinese champagne (like sweet Cold Duck) and dancing. That was the only night we were asked to dress up. At 8:30, we passed through the first of five locks that raised us 130 meters in four hours. Boats were squeezed side by side, and the opening of the locks is accompanied by loud screeching noise. 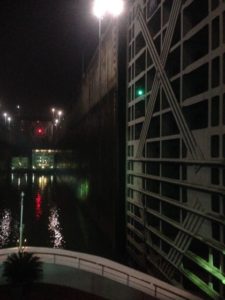