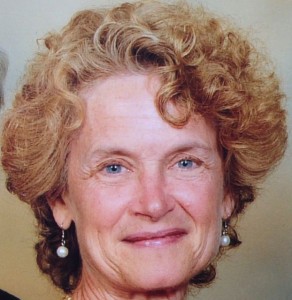 I am a woman who has written for the past thirty-five years but who has been too busy teaching full time and publishing textbooks and raising kids and building and restoring houses and painting paintings to do anything with my writing. In my summers off from teaching, I wrote and revised novels, screenplays, and dozens of short stories, but when fall term started, the manuscripts would get put away, and when I had time to work again, I would start a new story rather than spend time trying to get what I had written published. I liked writing, but I didn’t like the business of trying to sell what I wrote. I would rather have a tooth pulled than write a query letter. I did make two feeble attempts at publishing my first two novels, and although I had some positive feedback, it was clear the task would take more time and attention than I had to give it. I had limited time, and I would rather spend it writing.

In that, I imagine I am not so different from lots of other writers out there who write and have written but have not gotten their work published.

Amazingly, we are dealing with a new publishing frontier where it is not only possible but relatively easy to publish your work online on platforms like Amazon.

I am getting ready to retire after thirty years of teaching, and I have writing and painting projects queued up like jets over Atlanta. I have reached a time in my life when it’s time to go public. It’s time to put my work out there if for no other reason than so it won’t get tossed into the recycle bin when my kids go through file drawers filled with manuscripts after I am gone.

Even if you don’t make money by publishing your manuscript, publishing will force you to re-examine, re-edit, and make your piece the best it can be, and it will be a way to preserve what you’ve done for future generations. Your kids may not be dying to read your novel, but your grandchildren might be interested. For lots of reasons, it’s worth the effort to make your manuscript as marketable as it can be and to publish it. If nothing else, you will be able to order a print version and hold it in your hand and give copies away to friends. You will have the immense satisfaction of knowing you have accomplished what you set out to do—write a novel.

Publishing my work entails huge risk. In doing so, I open myself to criticism of every sort. I know full well that critics will find plenty to fault in my writing. To them, I would say, “I am not Michel Connelly or Patricia Cornwell.” Painters will look at my art or my book covers and say, “She’s not very good.” To them, I would say, “I am no Edward Hopper,” and to those who would sneer at my blog and journal, I would say, “I am no May Sarton,” but like most humans, I long to leave a record, and I may not be particularly good at any one form of my record keeping, but I have made and am making lots of marks. Kilroy was here. This woman was here.
Do I think I am so very different from most people? Absolutely not.  I’m just finally opening my mouth.