Our first stop was at a state pearl showroom. Sinorama can afford to offer such reasonably priced trips because they are subsidized by the state for stopping at the state showrooms where, of course, people spend money. We learned that 90% of the freshwater pearls in the world are produced in China, mostly in Beijing. One of the two lakes that produces the pearls is in the Summer Palace. The freshwater pearls are produced by cutting an oyster into 20-30 tiny pieces and inserting the meat into another oyster shell where they will be covered over by the pearl lacquer to produce 20-30 pearls of various colors. 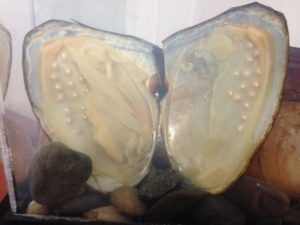 Pearls are associated with the Summer Palace because the Dragon Lady favored pearls. She was buried with a fist-sized pearl in her mouth in a coffin filled with pearls. Her tomb was raided during the Kuomitang and the large pearl and jade pillow were given to Chang Kai Check, and today are in a museum in Taiwan. 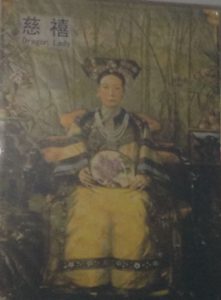 The Summer Palace (constructed in 1600’s but added to and rebuilt many times) is four times the size of the Forbidden City. It is associated with the Dragon Lady (Cixi). She controlled power for 57 years through the reign of three emperors.

She began as a concubine of the emperor Xia Fing, and attracted his attention through clever collaboration with the head eunic. She rose to power because she bore a male child and the empress was childless. When the emperor died at 31, hers was the only male heir, and she became the power behind the throne. Because she controlled the dragon seal, she had power. She controlled everything and married her son to her niece and had the woman he loved murdered. As a result, the son hated his mother and preferred the empress. The Dragon Lady had the empress murdered as well. When her son died at 19 of syphilis, she picked a nephew as the next emperor. In 1898, the Reform Movement recommended westernizing the country, but because that would mean less power for the Dragon Lady, she ordered the execution of the officials who recommended the reforms, and placed the emperor under house arrest in the Summer Palace, where he died two years later without an heir. The last emperor (also appointed by her) was the nephew of the old emperor. 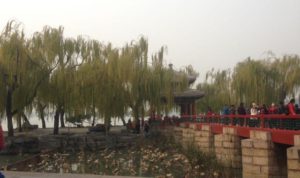 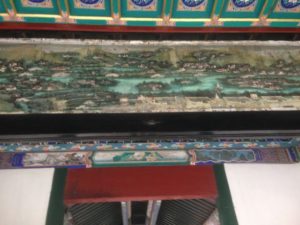 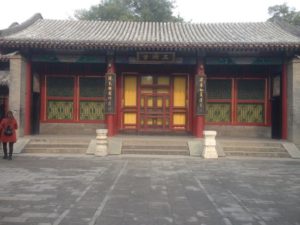 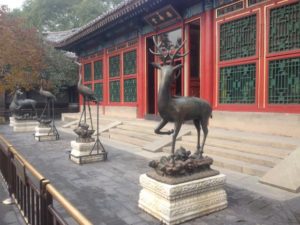 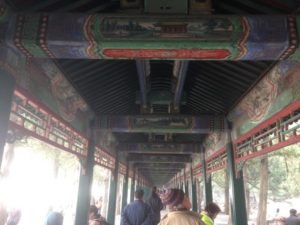 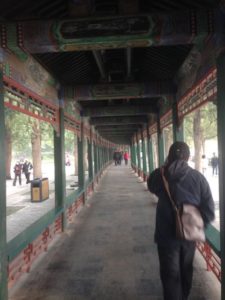 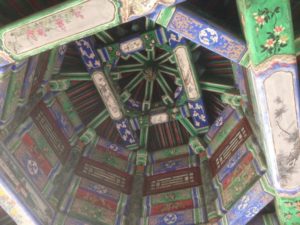 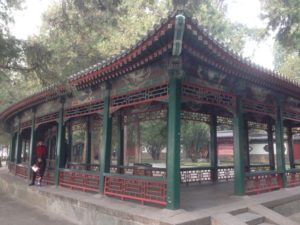 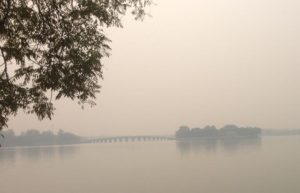 A man-made lake covers two-thirds of the Summer Palace grounds. The dirt excavated to make the lake was used to create a mountain on which sits a Buddhist temple. 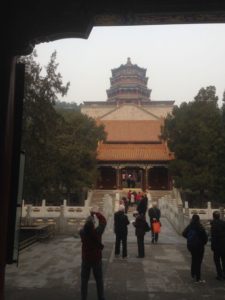 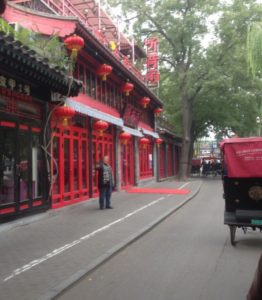 We had lunch at a family’s home in the Hutong area. Hutong is Mongolian for narrow way, and the streets are indeed narrow.

We took rickshaws to get there. 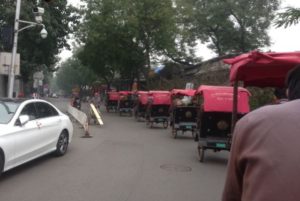 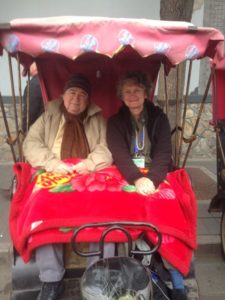 It is one of the more expensive areas of Beijing, Houses cost $35,000 per square meter (a little over a square yard). Not only that, but twenty families share one toilet at the end of the street. 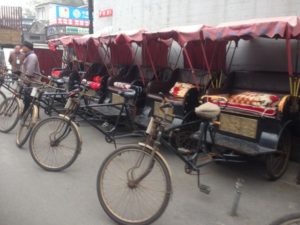 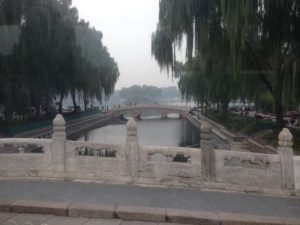 Back lake area of Hutong 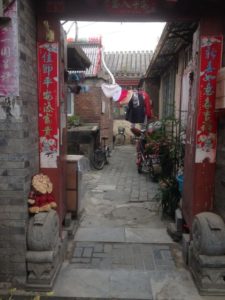 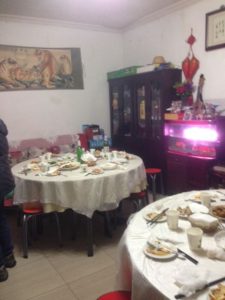 our hosts for lunch 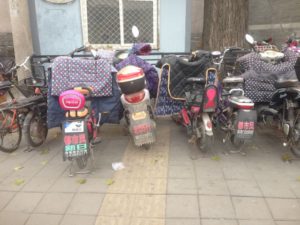 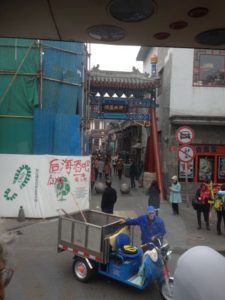 After lunch we had a brief photo stop at the Bird’s Nest and the Water Cube, where Michael Phelps won eight gold medals in 2008. For the first time. the smog was so bad that photos were difficult. 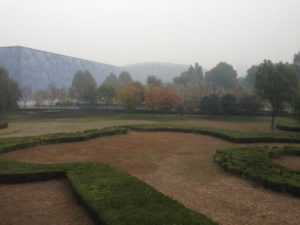 Then we were off to the airport for a two hour flight to Xian, arriving at our hotel around 11:30 pm.