Shibaozhai or Precious Stone Fortress, is a 500 year old nine story pagoda built into the side of the mountain. The pagoda is on an island accessed by a suspension bridge, called drunken bridge because it sways. 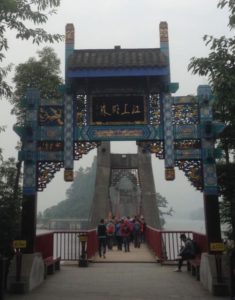 Buildings used to surround the pagoda but when the Yangtze was flooded by the damn project, a wall had to be built around the pagoda; otherwise, the bottom floor would be underwater. 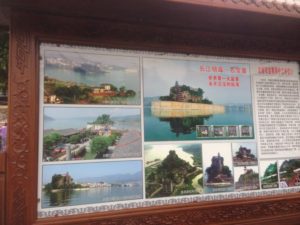 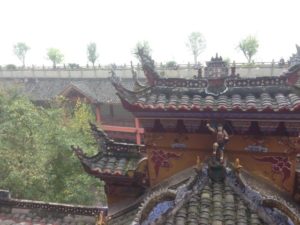 entrance with protective dam behind

Ninety-nine narrow stairs lead to the top of the pagoda and the Emperor Palace, built during the Ming Dynasty (1573-1620). It it the oldest building on the mountain and consists of a front gate, front palace, central palace, and rear palace, rooms with statues of Guanyu, the supreme deity of Taoism, and many others, including empress, his wife, the most powerful woman in heaven. 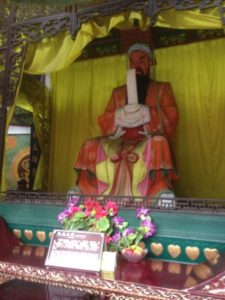 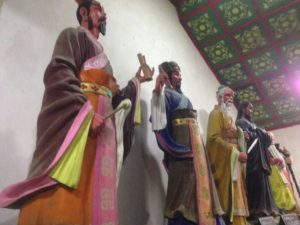 The altar to Guanyu on the top of the mountain is said to be the most holy place to pray.  He is surrounded by lesser gods. 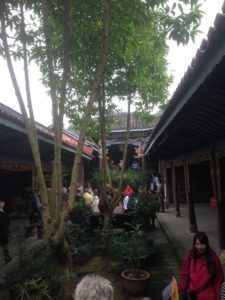 A courtyard connects to the palace of the

In the courtyard is a stone bridge that must be crossed in odd number of setps to have your wish come true. If a couple kisses on the top of the bridge, they will have eternal love. 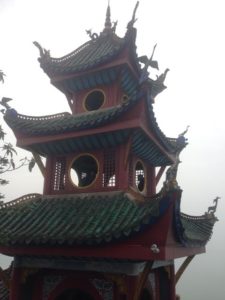 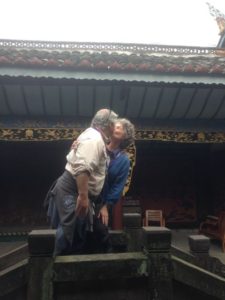 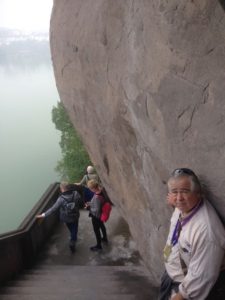