Today we did a tour of Madrid, stopping at the Cervantes monument. 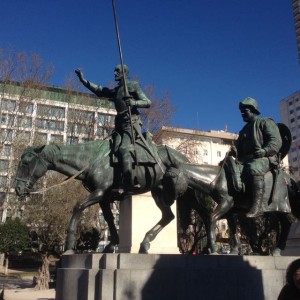 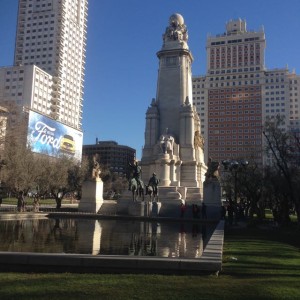 We also spent several hours in the Prado seeing amazing paintings by Velasques, Goya, Reubens, El Greco, Ingers and too many more to name. It is one of the best museums in the world for a reason.

In the afternoon we went to El Escorial, an hour outside of Madrid. El Escorial is a mausoleum built by Phillip II to burry his father, Charles V, and all future Spanish kings, as well as a monastery, library, palace, and basilica. It was built in 21 years, from 1563f to 1584. Built of grey granite blocks and black slate roof, the building appears stark and military from the outside, but inside it is filled with magnificent frescoes. 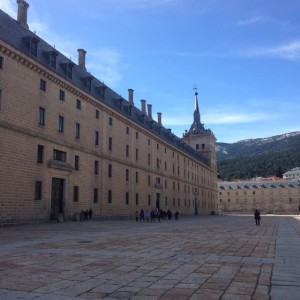 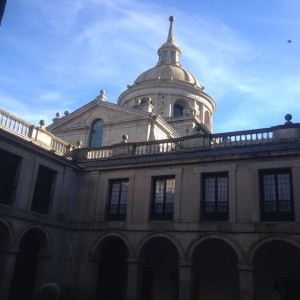 Dome of Basilica or El Escorial 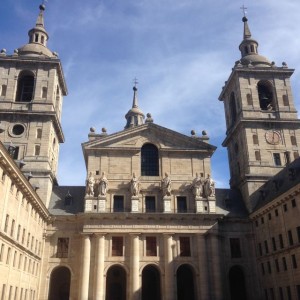 The mausoleum beneath El Escorial is built of red and black marble and houses the remains of almost all of the Spanish kings and queens since Carlos V. Phillip II was king of much of the world at the time: the Netherlands, much of France, Italy, Portugal, the Americas and the Phillipines. 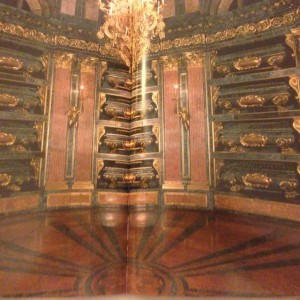 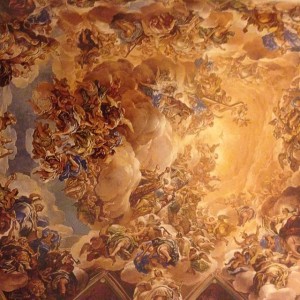 Although the palace quarters are austere compared to the Palacio Real in Madrid, the ceiling frescoes throughout are marvelous. That night we try a restaurant a block from the hotel,  Vinicola Mentridana, full of locals. We order at the bar two dishes we saw on the blackboard outside—bruchetta, wild rice with octopus, and black rice and calamari—all of them delicious. With five glasses of wine, the bill came to under 21 Euros. The neighborhood one street over from Calle Atocha is filled with locals and local shops and tavernas. 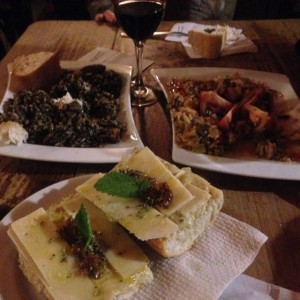 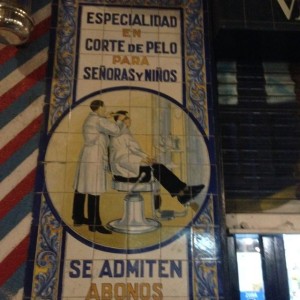